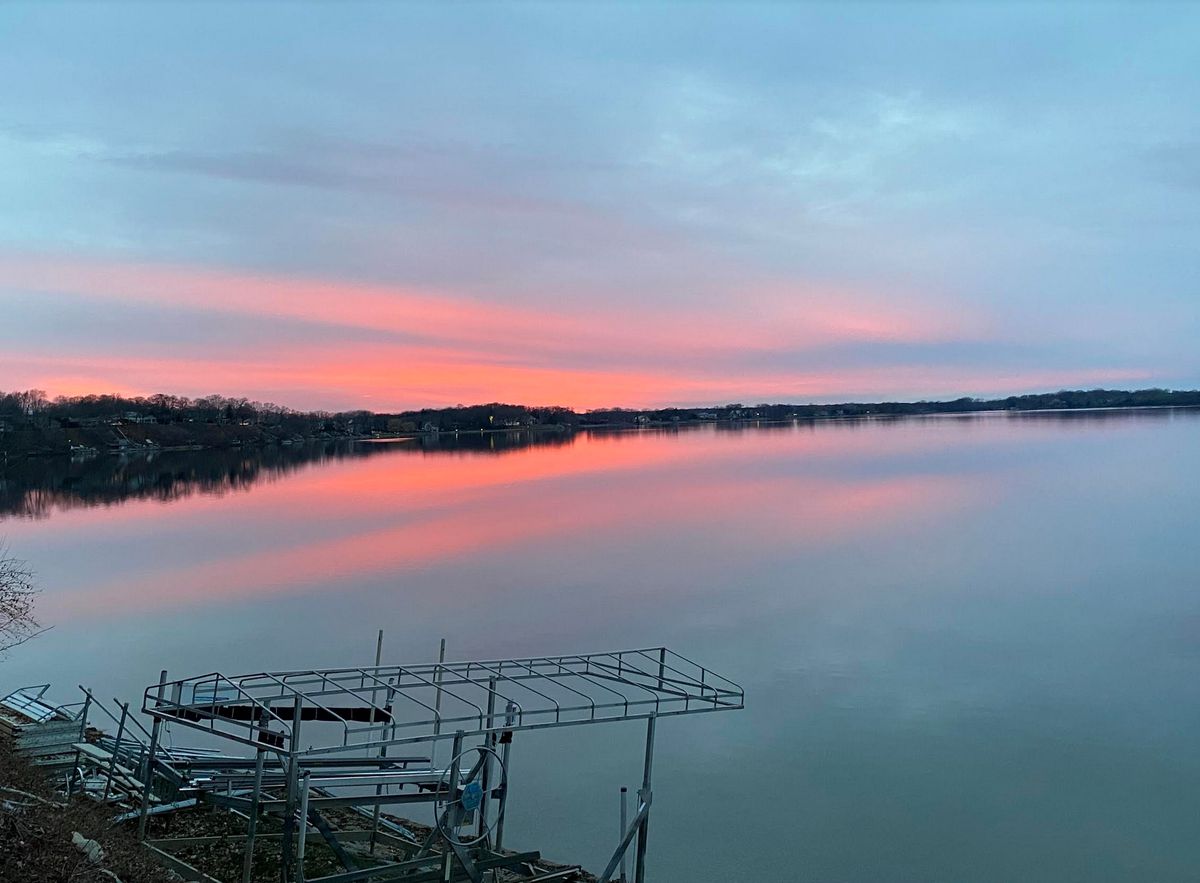 Snowy Close Encounters and a Real Wintry Slap Next Week

An Antidote For The Dark Days of December

It’s not the heat – it’s the humidity. And it’s not the cold – it’s the dark. I get it. Many of us go into a funk this time of year, and at least 1 in 10 of us suffer from “Seasonal Affective Disorder”, a hormonal imbalance caused by less sunlight. Women tend to be more affected than men, and symptoms can include anxiety, fatigue and a craving for carbohydrates.

Check with your doctor, but light therapy lamps that mimic the sun can be purchased for as little as $30. If it’s any consolation: January and February bring colder temperatures, but more sunlight.

The sun should be visible again today, but clouds increase Saturday and a Sunday storm may drop 3-6” of snow (you remember snow right?) over the northern third of the state. The metro may pick up an inch of fluff Tuesday, but right now models whisk a storm south of Minnesota the weekend of December 11-12

Snow timing/amounts may be up in the air,but there’s little doubt next week will be colder, with a few days in the teens and 20s. Above zero.

Early Clipper – Then Clearing. Last night’s rain and snow showers should give way to clearing today with highs either side of 40 degrees. The next weak storm impacts the northern third of Minnesota with accumulating show late Saturday night into Sunday.

European Model – Sunday Snowfall Potential. The farther north you drive on Sunday the better the odds of accumulating snow, with a cool half foot possible over far northern counties by Sunday evening. The metro? Little or nothing.

Cooling Down – Next Week Finally Feels Like Winter. ECMWF (below) may be overestimating the extent of the chill the first half of next week, but temperatures next week may run 10-15F colder than average for a few days before some recovery. The best chance of a light accumulation in the MSP metro comes Tuesday.

Slight Moderation by Mid-December? Don’t buck the trends – is our “mild bias” (sorry) in danger of fading this month? Not if you buy into the latest 500mb prediction by NOAA’s GFS model, which continues to show a predominately Pacific flow 2 weeks out.

Above Average Temperatures Despite La Nina: UN. Here’s an excerpt from an overview at Phys.org: “Temperatures in many parts of the world are expected to be above average in coming months despite the cooling effect of a La Nina weather phenomenon, the United Nations said Tuesday. The UN’s World Meteorological Organization (WMO) said La Nina, which last held the globe in its clutches between August 2020 and May this year, had reappeared and is expected to last into early 2022. This, it said, would influence temperatures and precipitation, but despite the phenomenon’s usual cooling effect, temperatures were likely to remain above average in many places…”

The 2021 Atlantic Hurricane Season Was the Third Most Active on Record. Capital Weather Gang has the highlights and low-lights: “Producing an above-average number of storms for a sixth consecutive year, the 2021 Atlantic hurricane season officially comes to a close Tuesday. The season produced 21 named storms, the third most on record, only trailing last year and 1995. And for just the third time, the season exhausted all names on the National Hurricane Center’s conventional naming list. While the season cranked out four major hurricanes, it will be most-remembered for Hurricane Ida, which slammed southeast Louisiana at near Category 5 status at the end of August. After razing areas in southeast Louisiana and unleashing gusts topping 150 mph, Ida’s remnants charged up the Appalachians and into the Northeast, bringing disastrous flooding and a tornado outbreak…”

Top 10 Weirdest Things About the Bonkers 2021 Atlantic Hurricane Season. Great perspective (as always) from Dr. Jeff Masters at Yale Climate Connections: “The 2021 Atlantic hurricane season draws to an official close on November 30, after generating an extraordinary 21 named storms (third highest on record), seven hurricanes, four major hurricanes, and an accumulated cyclone energy (ACE) of 145. Those numbers compare with the 1991-2020 averages for an entire season of 14.4 named storms, 7.2 hurricanes, 3.2 major hurricanes, and an ACE index of 123. As documented by Brian McNoldy, Senior Research Associate at University of Miami’s Rosenstiel School of Marine and Atmospheric Science, 2021 marked the sixth consecutive year with an ACE index above 129: “this has never happened before, not during the satellite era, not since records begin in 1851. This sustained level of tropical cyclone activity in the Atlantic is unprecedented even for four years, let alone six!…”

How Early Warning Systems Help Us Deal With Extreme Weather. WIRED.com (paywall) has a timely story; here’s a clip: “…Such systems are increasingly considered a key measure to adapt to climate change. “We’re already locked into intensifying climate impacts for the next decades or longer,” says Stefanie Tye, a climate resilience expert at the World Resources Institute. “So it’s just part of the reality now that we need these systems in place to protect people and ecosystems.” Early warning systems can alert local communities on things like approaching hurricanes, cyclones, or landslides due to extreme rainfall, where getting ahead of incidents by even a few hours can make all the difference, says Tye. They can also provide knowledge of slower onset events, such as an upcoming drought several months away. “You use the system to inform people who will be impacted by these events, so that they can take the proper measures to prepare...”

Renewables Account for 20% of U.S. Electric Generation Through Q3 of 2021. A post at Renewable Energy World caught my eye: “Driven by strong solar and wind power growth, electrical generation by renewable energy sources (i.e., also including biomass, geothermal, hydropower) accounted for 20.45% of total U.S. production during the first three-quarters of 2021, according to a SUN DAY Campaign analysis of new data released by the U.S. Energy Information Administration (EIA). The latest issue of EIA’s “Electric Power Monthly” report (with data through September 30, 2021) also reveals that for the first nine months of 2021, solar (including distributed rooftop systems) and wind increased by 24.61% and 10.89% respectively compared to the same nine-month period in 2020. Combined, they grew by 15.00% and accounted for more than one-eighth (12.59%) of U.S. electrical generation (wind – 8.50%, solar – 4.09%). Moreover, wind and solar combined now provide more than three-fifths (61.55%) of the generation by renewable sources...”

Yes, Vikings Really Did Live in the Americas 1,000 Years Ago. My half-Italian wife will not be pleased by a story at Discover Magazine: “Exactly 1,000 years ago, some of the first known European visitors were living, eating and chopping down trees off a small bay on the northern end of Newfoundland. These Norse seafarers didn’t etch a date into a tree or leave a rune stone during their temporary foray in the Americas. But we now know for certain they were really there in 1021 A.D., thanks to a solar storm that occurred about a quarter century before they used local trees to build at at a Viking settlement called L’Anse aux Meadows. “We know that in 1021 somebody was cutting down this wood,” says Birgitta Wallace, a retired archaeologist with Parks Canada who still works at the archaeological site at L’Anse aux Meadows…”

34 F. average high in the MSP metro on December 2.

Eight Worst Wildfire Weather Years on Record Happened in the Last Decade. The trends will make many people in the western U.S. look for effective ways to fire-proof their homes and businesses. ScienceDaily explains: “The world’s eight most extreme wildfire weather years have occurred in the last decade, according to a new study that suggests extreme fire weather is being driven by a decrease in atmospheric humidity coupled with rising temperatures. “Extreme conditions drive the world’s fire activity,” said former U of A wildfire expert Michael Flannigan, who conducted the research with study lead Piyush Jain, research scientist with Natural Resources Canada, and Sean Coogan, postdoctoral fellow Faculty of Agricultural, Life & Environmental Sciences. “For example, in Canada, just three per cent of fires are responsible for 97 per cent of the area burned…”

Climate Change is Making One of the World’s Strongest Currents Flow Faster. Probably not a great outcome, as reported at YubaNet: “The Antarctic Circumpolar Current (ACC), the only ocean current that circumnavigates the planet, is speeding up. For the first time, scientists are able to tell that this is happening by taking advantage of a decades-long set of observational records. Researchers from Scripps Institution of Oceanography at UC San Diego, Woods Hole Oceanographic Institution, the Chinese Academy of Sciences, and UC Riverside used satellite measurements of sea-surface height and data collected by the global network of ocean floats called Argo to detect a trend in Southern Ocean upper layer velocity that had been hidden to scientists until now...”

Think Climate Change is Messy? Wait Until Geoengineering. Again, what can possibly go wrong with tinkering with the stratosphere? Let’s hope it doesn’t come to that. A post at WIRED.com explains: “Here’s the thing about the stratosphere, the region between six and 31 miles up in the sky: If you really wanted to, you could turn it pink. Or green. Or what have you. If you sprayed some colorant up there, stratospheric winds would blow the material until it wrapped around the globe. After a year or two, it would fade, and the sky would go back to being blue. Neat little prank. This is the idea behind a solar geoengineering technique known as stratospheric aerosol injection, only instead of a pigment, engineers would spray a sulfate that bounces some of the sun’s radiation back into space, an attempt at cooling the planet. It’s the same principle behind a supervolcano loading the stratosphere with aerosols and blocking out the sun. And it, too, would rely on those winds distributing the material evenly. “If you do it in one place, it’s going to affect the whole planet,” says climate scientist Kate Ricke, who studies the intersection of geoengineering, human behavior, and economics at Scripps Institution of Oceanography...” 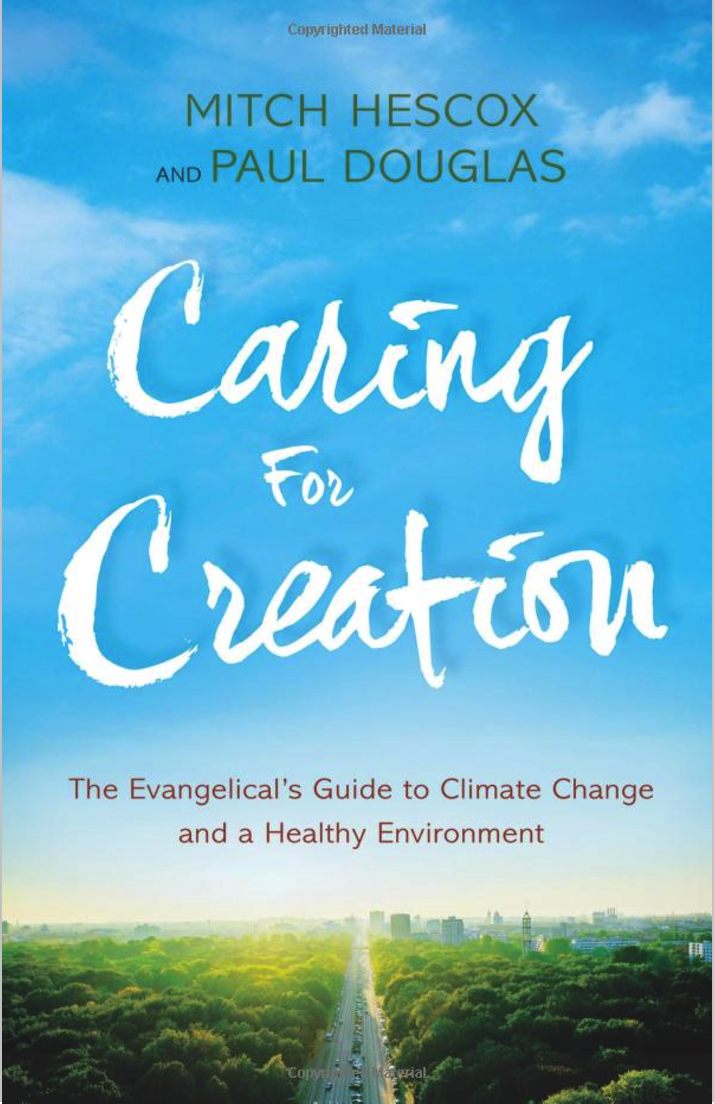