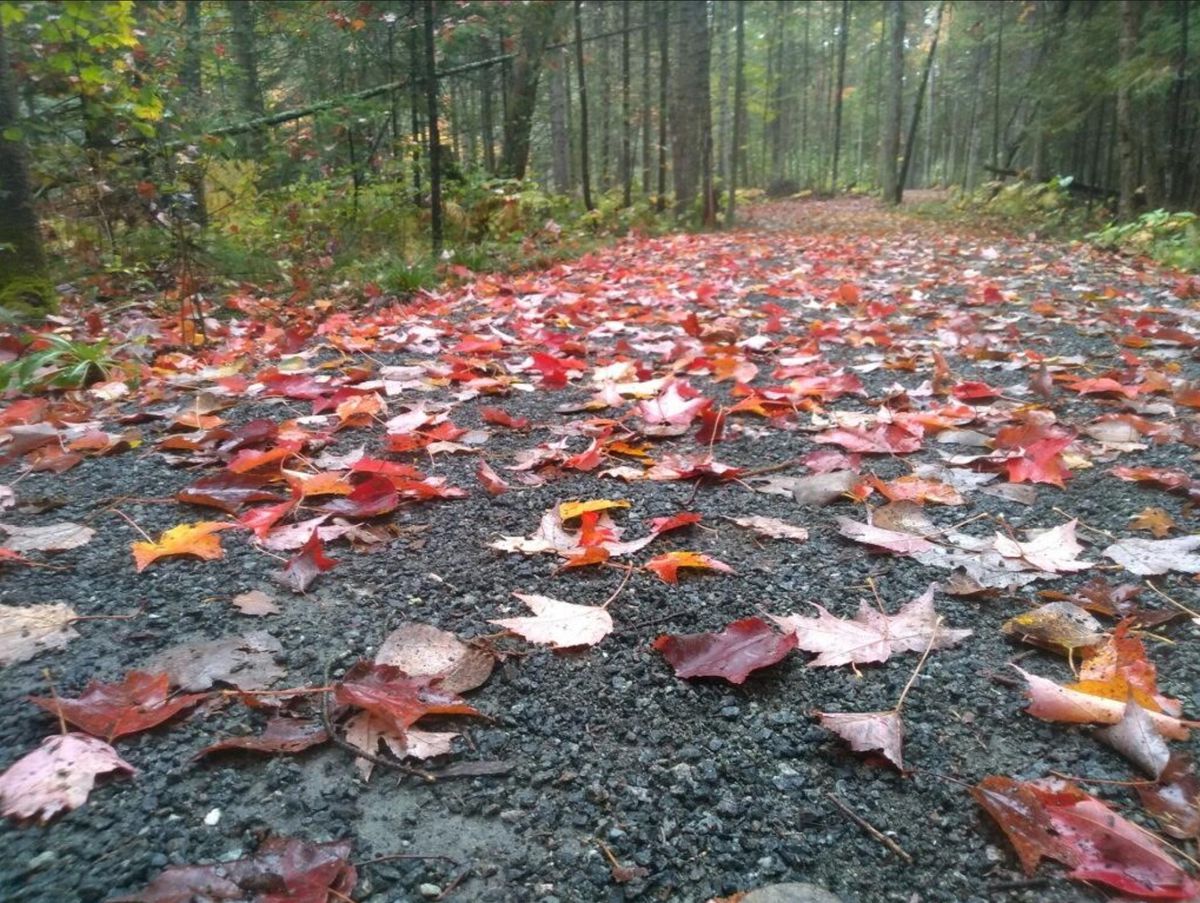 A Year Without a Winter? Dream On

No, winter has not been canceled. Delayed by a few weeks? Yes. I vaguely remember dreaming about a year without a winter in Minnesota: 30s and 40s, no snow to speak of, just rain and ice. That scenario is unlikely through mid-century, and will hopefully never come to pass if we get serious about lowering climate-warming greenhouse gases.

But we are experiencing more (unprecedented) ‘Black Swan’ weather extremes, and we don’t know all the tipping points yet. Expect the unexpected. 70s continue this week, with an outside shot at 80F Saturday, before we cool down into the 60s next week. I see a few slugs of chilly air the latter half of October, but the overall pattern seems to favor cold, stormy weather out west, with a (forgive me) “mild bias” from the Plains to the East Coast for weeks to come.

Patchy fog will form each night, with a growing chance of showers and T-storms Thursday into Sunday.

The pattern is slowly trending wetter over time, but we may be babbling about drought well into 2022. For now, enjoy lukewarm days.

Mild Into the Weekend with Growing Thunder Threat. What month is this again? It looks and feels more like mid-September out there, with 70s into at least Saturday. A stray shower is possible by Thursday and Friday with widespread T-storms over central and northern Minnesota Saturday and lighter showers on the backside of a cool front on Sunday.

Super-Sized Autumn. Latest GFS guidance shows continued ridging over the Plains and central USA, suggesting relatively mild weather may spill into the third week of October east of the Rockies. No sustained volleys of cold air in sight – yet.

Scientists Drove a Robotic Surfboard into Hurricane Sam, and the Waves Were Incredible. Capital Weather Gang has a crazy story: “Scientists with Saildrone and the National Oceanic and Atmospheric Administration managed to drive a robotic surfboard into the core of Category 4 Hurricane Sam on Thursday, in a first-of-its-kind scientific mission as they try to better understand hurricanes. The video, captured just northeast of Hurricane Sam’s monstrous eye, depicts eerily dark skies, screaming winds and a thick veil of sea spray and mist lofted into the air. Enormous waves can be seen swinging the probe like a pendulum. Saildrone is a company that manufactures probes that collect ocean data for use in environmental studies…”

AI Can Predict If It Will Rain in Two Hours’ Time. It’s not there (yet) but the short-term (“Nowcasting”) predictions for precipitation are getting better, as described at BBC News: “Scientists at Google-owned London AI lab DeepMind and the University of Exeter partnered with the Met Office to build the so-called nowcasting system. Traditional methods use complex equations and often forecast for only between six hours and two weeks’ time. The AI system can make more accurate short-term predictions, including for critical storms and floods. Climate change is making it harder to anticipate adverse weather conditions, as the frequency and severity of heavy rain increases, which researchers believe will lead to both significant material damage and death…”

8 of the Biggest Tsunamis in History. Proving that earthquakes and water don’t mix well, Mental Floss has an eye-opening list: “Most tsunamis go unnoticed. Defined as a wave caused by a disturbance like an earthquake, landslide, or volcanic eruption, tsunamis often reach just a few inches in height, according to NOAA. But when the inciting event is strong enough, the results can be disastrous. The most powerful tsunamis move as fast as jet planes across the open ocean and grow as tall as skyscrapers. When they reach land, they can decimate entire towns in minutes. The tsunamis on this list aren’t necessarily the deadliest or most destructive, but they do dominate one category: sheer magnitude. Here are the tallest megatsunamis ever recorded…”

America’s Rivers Need Help. I Should Know – I Swam in 108 of Them This Summer. Cue a gag reflex, but it made me appreciate Minnesota’s relatively clean lakes. Here’s an excerpt of an Op-Ed at The Washington Post: “…As a conservation biologist, I’ve spent years working to increase protections for rivers, especially in the American Southeast. Teeming with more kinds of freshwater mussels and crayfish than anywhere in the world, the rivers there are renowned for their biodiversity. This summer, I decided that I’d go hard to win the river-swimming challenge — and explore rivers beyond my previous haunts. From my home near the Cumberland River in Kentucky, I drove across eight states, from southern Pennsylvania to northern Georgia, west to the Mississippi River on the Missouri border, and east to the Shenandoah River. I swam in state and city parks, national forests, wildlife management areas and private lands with public access sites...”

What Science Knows About the Risk of Covid-19 Transmission on Planes. Some helpful tips for upcoming holiday travel via The Wall Street Journal: “Fliers have yearned for reliable data on the risks of air travel since the pandemic began. Recent research on Covid-19 transmission on flights suggests that airlines could adopt new policies to better protect their passengers. Scientists have found a sharp increase in possible spread during in-flight meal service when everyone has masks off. They’ve also learned more about the importance of precautions during boarding and deplaning. The chances of viral spread aboard planes remain very low. But papers published in medical journals suggest they may not be as low as suggested earlier in the pandemic…”

Apple’s Fortress of Secrecy is Crumbling From the Inside. Blame (or thank) Slack and social media, as described at The Verge: “...This was the first time, however, that Apple employees had joined the fight: openly pushing back against the decisions — or non-decisions — of company leadership. Apple historically dissuaded employees from talking about work on social media — even in seemingly harmless ways. The company’s guidelines are vague: “Be thoughtful about how you present yourself in online social networks,” they read. “The lines between public and private, and personal and professional, are blurred in online social networks. In particular, it’s a priority that we respect the privacy of our customers and other employees...”

The Price of Living Near the Shore is Already High. It’s About to Go Through the Roof. The Washington Post (paywall) highlights changes in pricing for coastal flooding that more accurately reflects true risk in a changing climate: “…The Garys had joined 8 million Americans who moved to counties along the U.S. coast between 2000 and 2017, lured by the sun, the sea and heavily subsidized government flood insurance that made the cost of protecting their homes much less expensive, despite the risk of living in a flood zone near a vast body of water. But a reckoning is coming. On Friday, the Federal Emergency Management Agency will incorporate climate risk into the cost of flood insurance for the first time, dramatically increasing the price for some new home buyers. Next April, most current policyholders will see their premiums go up and continue to rise by 18 percent per year for the next 20 years…”

Earth is Dimming Due to Climate Change. New research highlighted at Phys.org caught my eye: “Warming ocean waters have caused a drop in the brightness of the Earth, according to a new study. Researchers used decades of measurements of earthshine—the light reflected from Earth that illuminates the surface of the Moon—as well as satellite measurements to find that there has been a significant drop in Earth’s reflectance, or albedo, over the past two decades. The Earth is now reflecting about half a watt less light per square meter than it was 20 years ago, with most of the drop occurring in the last three years of earthshine data, according to the new study in the AGU journal Geophysical Research Letters, which publishes high-impact, short-format reports with immediate implications spanning all Earth and space sciences…”

The Country That Makes Breakfast for the World is Plagued by Fire, Frost and Drought. Bloomberg Green has details, listen: “Brazil’s crops have been scorched, frozen and then dried out by the worst drought in a century, upending global commodity markets….The cost of Arabica beans soared 30% over a six-day stretch in late July; orange juice jumped 20% in three weeks; and sugar hit a four-year high in August. The price spikes are contributing to a surge in international food inflation — a U.N. index has jumped 33% over the past 12 months — that’s deepening financial hardship in the pandemic and forcing millions of lower-income families to scale back grocery purchases across the globe...”