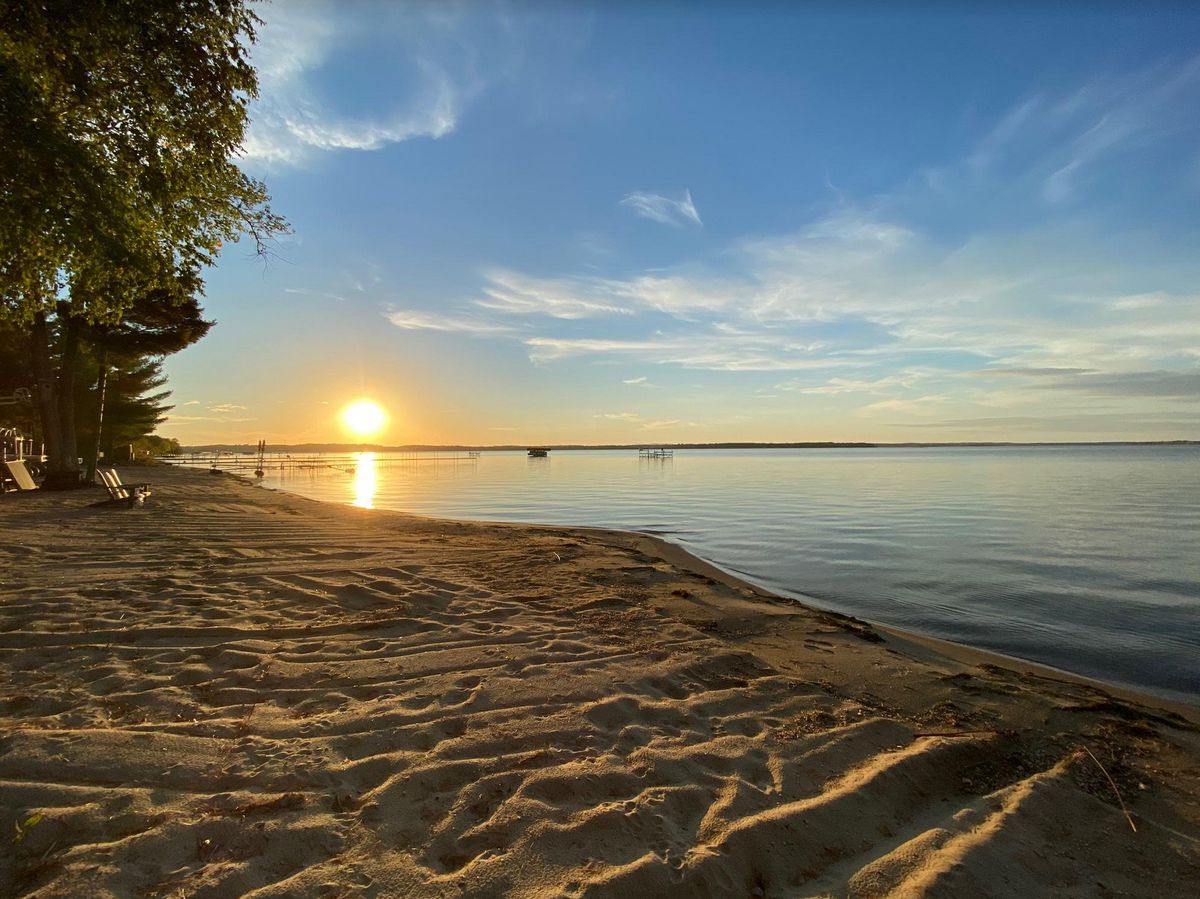 A Taste of Autumn Into Thursday

”80s in late September. Paul, is this a symptom of a warming planet?” Yes and no. Most of this is natural weather variability, amplified by the warming signal we see all around us.

Warmer background temperatures (atmosphere and oceans) are flavoring all weather now – today’s rerun of August may be a few degrees warmer than it would be otherwise, in a world where CO2 levels hadn’t doubled since the mid-1800s. Fickle winters, wetter springs (this year notwithstanding) and longer, milder autumns seem to be a trend.

I’m searching the models for evidence of drought-busting rains, and I just don’t see that scenario into mid-October. A feeble front limping across the state whips up a few showers and T-showers late Thursday into Friday, but this probably won’t be a big rain- maker.

We should enjoy a run of low 80s today into Thursday, before daytime highs cool into the 60s next week. The next few days remind me of why I’m a huge fan of September. In spite of a box elder bug swarm, it should pretty amazing!

Low Lake Levels Up North. Getting your boat or pontoon off the dock may be non-trivial in the days ahead, with the lowest lake water levels over central and northern Minnesota. Here’s an excerpt of an update from The Minnesota DNR: “…Seven of the ten reporting lakes increased from the previous week, from 0.12 to 2.4 inches. Three of the ten reporting lakes decreased from the previous week, from 0.36 to 1.68 inches. Three of the ten lakes remain in the low range. One of the ten lakes is in the below normal range. Six of the ten lakes are in the normal range. The DNR LakeFinder non-mobile website provides available lake level elevations for individual lakes. Search by county, the lake’s name or eight-digit identification number for your lake, and then click on the Water Levels report. The Lake Water Level report page contains all available lake levels, highest and lowest lake levels, and a 10-year graph. All the reported historic and current lake elevations can be downloaded for viewing or copied to a spreadsheet for graphing and other functions…”

Dakota Showers Limp East. A consensus of model keep the MSP metro and most of Minnesota dry into Thursday, but the front showing up to our west will finally arrive by Friday and Saturday with scattered showers, maybe a few Friday T-storms as well.

Milder Than Average Into Sunday. And the next few days would feel right at home in mid-August with highs in the low to mid 80s (but low humidity that is a hallmark of September). The best chance of rain in the MSP metro: Friday into Saturday, but there’s little chance this next system will be a heavy rain-maker.

Cooling Off by Mid-October. At some point the atmosphere will adjust/compensate for a balmy end to September and relatively mild start to October. Milder than average weather may continue east of the Rockies through the second week of October, followed by an inevitable temperature cool-down (but no savage cold fronts in sight just yet).

Could the Moon Actually Crash Toward Earth? WIRED.com (paywall) has a wonky, but ultimately reassuring explainer that confirms this scenario should be at the bottom of your worry list: “There’s a trailer out for a new science fiction film called Moonfall, to be released in early 2022, in which the moon is about to crash into Earth. It features several shots of a reddish moon hovering extremely close to the planet, crumbling apart while sucking the oceans toward it, the debris flying into spacecraft and mountains. It doesn’t actually show a collision—you know, it’s just a trailer and they don’t want to spoil everything. This isn’t the first movie to stretch the bounds of believable physics. (Remember Sharknado?) But just because it’s science fiction doesn’t mean it’s totally wrong. That’s why I’m here: I’m going to go over the actual physics that would apply if the moon ever got too close to us…”

September 28, 1983: Late summer-like temperatures arrive in Minnesota with 91 degrees at Montevideo and 90 degrees at Elbow Lake.

Under Student Pressure, University of Minnesota to Phase Out Fossil Fuel Investments. The Star Tribune reports: “The University of Minnesota plans to withdraw all of its investments in fossil fuel-related companies over the next five to seven years amid pressure from students who want the school to do more to fight climate change. The U shared details about its intention to move away from fossil fuel investments this week after student government leaders at the Twin Cities campus renewed demands for the state’s flagship university to divest from coal, oil and natural gas. “Students and community members have been pushing for this for so many years at this point,” said senior Maddie Miller, environmental accountability committee director for the Minnesota Student Association, the U’s undergraduate student government. “This is just one really small step in the grand scheme of things...”

Today’s Kids Will Live Through Three Times as Many Climate Disasters as Their Grandparents, Study Says. The Washington Post (paywall) has details: “Adriana Bottino-Poage is 6 years old, with cherub cheeks and curls that bounce when she laughs. She likes soccer, art and visiting the library. She dreams of being a scientist and inventing a robot that can pull pollution out of the air. She wants to become the kind of grown-up who can help the world. Yet human actions have made the world a far more dangerous place for Adriana to grow up, according to a first-of-its-kind study of the impacts of climate change across generations. If the planet continues to warm on its current trajectory, the average 6-year-old will live through roughly three times as many climate disasters as their grandparents, the study finds. They will see twice as many wildfires, 1.7 times as many tropical cyclones, 3.4 times more river floods, 2.5 times more crop failures and 2.3 times as many droughts as someone born in 1960...”

Climate Change is the New Dot-Com Bubble. WIRED.com has an interesting Op-Ed; here’s a clip: “…I assume that the money will come. There are too many hot days for it not to. And obviously I want things to go differently this time. But I don’t know how you bootstrap a globe-spanning bureaucracy yesterday. I can’t even tell you what infrastructure we need, just that in general infrastructure evolves, slowly, in response to tragedy. Worse, if my déjà vu is accurate and history repeats itself—if the internet was the last big thing, and climate is the next big thing (or the last big thing)—then we aren’t at the precipice of a new era. We’re at the beginning of a bubble. The trillions in investment have to go somewhere. By the time all the money is spent, the companies in my ebook will probably be gone, save for a few dozen. Rolled up, evaporated. And then what? It’s not like we can just wait for the market to recover and see what happens...”

Ecoside: Should Destruction of the Planet Be a Crime? Inside Climate News has the post; here’s the intro: “At many moments in history, humanity’s propensity for wanton destruction has demanded legal and moral restraint. One of those times, seared into modern consciousness, came at the close of World War II, when Soviet and Allied forces liberated the Nazi concentration camps at Auschwitz and Dachau. Photographs and newsreels shocked the conscience of the world. Never had so many witnessed evidence of a crime so heinous, and so without precedent, that a new word—genocide—was needed to describe it, and in short order, a new framework of international justice was erected to outlaw it. Another crime of similar magnitude is now at large in the world. It is not as conspicuous and repugnant as a death camp, but its power of mass destruction, if left unchecked, would strike the lives of hundreds of millions of people. A movement to outlaw it, too, is gaining momentum. That crime is called ecocide...”