Whiplash: Today Will Feel Nearly 100 Degrees Warmer Than a Month Ago for Much of Minnesota 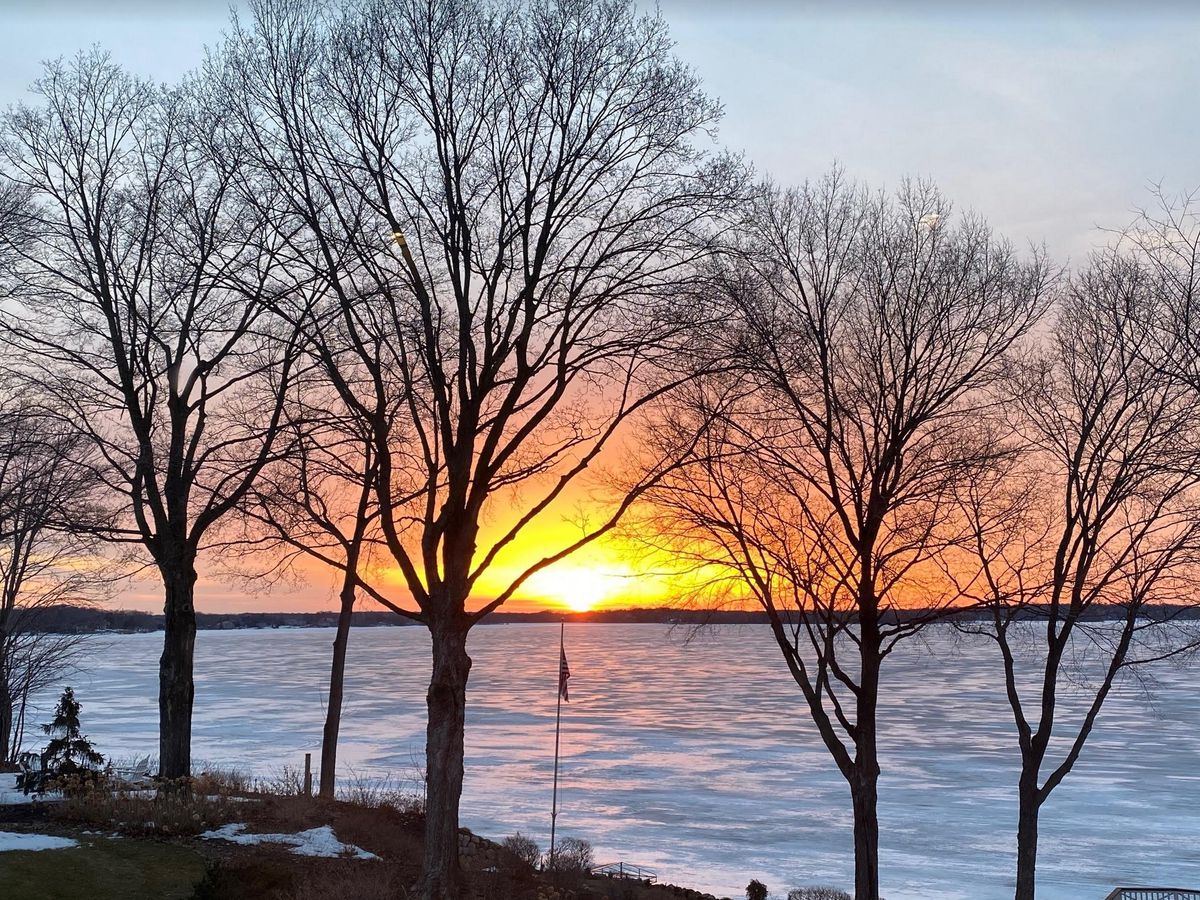 Record Warmth Today, Then Cooling Off

Bad SAT exam question: if you have one foot in ice water, the other in boiling water, do you feel average? We ricochet from one crazy extreme to the next. Weather with a Siberian accent in February, then 60s to near 70F less than a month later? Our weather requires intervention.

Today’s record high is 61F in 1879, and we will almost certainly top that this afternoon. Now that much of the snow has melted more of the sun’s energy will go into heating up the air, and this afternoon should feel like early May. Yes please.

Rain is likely Wednesday, followed by a parade of cooler fronts into next week. Nothing arctic brewing; I still think we’ve seen the last subzero reading, but I’m not packing away the heavy jackets anytime soon.

Prediction: Fake Spring gives way to a chilly hangover. The latter half of March will be significantly colder (mostly 30s and 40s) with frequent storms of various flavors.

Hey, I’m soaking this up, but I’m not tempted to take out the driveway stakes yet. Way too early.

Wild Swings. February was the coldest since 1989 for the U.S. – now 60s in early March. In fact, factoring wind chill, today will feel nearly 100 degrees warmer than it did roughly a month ago across much of Minnesota. Incredible.

Sloppy Wednesday. Precipitation should fall as mainly rain on Wednesday as an inevitable cold front approaches – most model printing out less than .10” of rain with a little wet snow mixing in over far northern and western Minnesota by Wednesday night.

Cooling Trend – But Still Above Average. My kind of March cold front: Canadian air returns, but temperatures may still run 5-10F above average from late this week into early next week.

Temperature Roller Coaster. Both ECMWF (top) and GFS (bottom) show some big swings in temperature over the next 1-2 weeks. Today still looks like the mildest day in sight, with a cold correction likely by the end of next week (but not subzero). I wouldn’t pack away the heavy jackets just yet.

Shifting Gears. We’ll see more cold frontal passages (no kidding) and I expect a few more slushy encounters before daffodils start poking up in April, but looking out two weeks NOAA’s GFS model shows a predominately zonal (west to east) flow, suggesting temperatures slightly above average northern tier of the USA and well above normal over the southern part of the nation

NOAA Moves Step Closer to Starting Hurricane Season Earlier. Gizmodo has an update: “We’re one step closer to officially moving up hurricane season. The National Hurricane Center announced Tuesday that it would formally start issuing its hurricane season tropical weather outlooks on May 15 this year, bumping it up from the traditional start of hurricane season on June 1. The move comes after a recent spate of early season storms have raked the Atlantic. Atlantic hurricane season runs from June 1 to November 30. That’s when conditions are most conducive to storm formation owing to warm air and water temperatures. (The Pacific ocean has its own hurricane season, which covers the same timeframe, but since waters are colder fewer hurricanes tend to form there than in the Atlantic…”)

Here is Why the U.S. Has More Tornadoes Than Any Other Country. A post at albanyherald.com has some timely reminders: “…The topography in Alabama and other Southern states often includes rolling hills, plateaus, and many more trees than the Plains states like Kansas, Texas, and Nebraska, where a tornado often can be seen from miles away. The more likely a tornado can be seen often leads to the tornado being reported faster, allowing more time for people to be warned and seek shelter. Southern states such as Tennessee, Kentucky and Arkansas also see more tornadoes overnight versus any other state. This can lead to higher fatalities, since many people are sleeping and unaware that a tornado is approaching. “Tornadoes in the Southeast tend to be more dangerous than their Great Plains counterparts,” says Brandon Miller, CNN Meteorologist. “There are a number of reasons for this, some weather and some geographic. Southeastern tornadoes often travel faster, moved by a faster jet stream...”

High-Resolution Weather Predictions Will Power the Clean Energy Revolution. I wrote a post for Medium; here’s an excerpt: “…Weather SaaS companies (software as a service) are already powering windfarms, solar gardens, and utility-scale operations, predicting future wind potential and solar irradiance many hours, even days into the future. AerisWeather is a weather data company with a full suite of data APIs and high-resolution mapping graphics, providing the analytical and predictive fuel companies require to match demand with clean-tech energy sources. “Market trends suggest that wind, solar and energy storage — often in hybrid configurations — will become increasingly dominant parts of the electricity sector. This rapid evolution of electricity generation will make the need for accurate, hyper-local weather data that allows the optimization of those resources and their interplay more important and valuable than ever. This era gives new, literal, meaning to the conventional wisdom that knowledge is power” says Rolf Nordstrom, President and CEO of Great Plains Institute in Minneapolis…”

Will Solid-State Batteries Be an Energy Storage Breakthrough? There’s a lot of buzz surrounding QuantumScape: “…A solid-state lithium-metal battery is a battery that replaces the polymer separator used in conventional lithium-ion batteries with a solid-state separator. The replacement of the separator enables the carbon or silicon anode used in conventional lithium-ion batteries to be replaced with a lithium-metal anode. The lithium metal anode is more energy dense than conventional anodes, allowing the battery to store a greater amount of energy in the same volume. Some solid-state designs use excess lithium to form the anode, but the QuantumScape design is ‘anode-free’ design in that the battery is manufactured anode free in a discharged state, and the anode forms in situ on the first charge…”

Is it Safe to Eat Snow? Depends on how hungry you are. A few words of wisdom from experts interviewed at Mental Floss: “…While you may assume snow that’s freshly fallen and collected in an undisturbed area—even a cup set out for that purpose—is free of any contaminants, don’t be so sure. According to meteorologist Mary Scarzello Fairbanks, who spoke with Prevention, snow isn’t all that pristine. It’s formed when water droplets freeze around some dust or debris in the air, forming an ice crystal that continues to collect water vapor and form a snowflake. When it falls, it will also collect things hanging in the air, from dirt to bacterial particles to soot. Depending on the region, snow could also contain sulfates, nitrates, formaldehyde, mercury, or pesticides…”

Love Snow? Here’s How It’s Changing. What are the trends? Less snow overall for much of the western USA, but an apparent uptick in amounts for some northern tier states. A story at Scientific American analyzes the trends: “…In many places, a warmer, wetter atmosphere might simply lead to an increase in rain. But the researchers note that the coldest parts of North America—namely, Canada and parts of the northern United States—might be expected to actually see an increase in the amount of snow that falls to the ground. The analysis seems to suggest this isn’t happening in some of those places. Other complex factors are also at play. In Canada, some research has found that the point in the season when snow is at its deepest is happening earlier and earlier in the winter. And snow seems to be melting faster once it’s on the ground. This could help explain why the overall trend in snow depth, when averaged across the entire winter, appears to be declining…”

New Climate “Normal” for Atlantic Hurricanes Shows More Frequent and Extreme Storms. A post at Capital Weather Gang caught my eye: “Every 10 years, the National Oceanographic and Atmospheric Administration revises the baseline of what weather and climate conditions are considered “normal.” The most recent normals for Atlantic hurricane activity will soon be released, and a preview reveals a spike in storm frequency and intensity. During the most recent 30-year period, which spans 1991 to 2020, there has been an uptick in the number of named storms and an increase in the frequency of major hurricanes of category 3 intensity or greater in the Atlantic. That comes as no surprise amid a spate of extreme hurricane activity that has featured seven Category 5 storms swirling across Atlantic waters in just the past five years…”

“Power Companies Get Exactly What They Want”: How Texas Repeatedly Failed to Protect Its Power Grid Against Extreme Weather. Is the grid ready for super-sized weather? Here’s a clip from an eye-opening story at ProPublica: “…As millions of Texans endured days without power and water, experts and news organizations pointed to unheeded warnings in a federal report that examined the 2011 winter storm and offered recommendations for preventing future problems. The report by the Federal Energy Regulatory Commission and the North American Electric Reliability Corporation concluded, among other things, that power companies and natural gas producers hadn’t properly readied their facilities for cold weather, including failing to install extra insulation, wind breaks and heaters. Another federal report released three years later made similar recommendations with few results...”

Want to Cut Emissions that Cause Climate Change? Tax Carbon. So says a new paper highlighted at Ohio State University: “Putting a price on producing carbon is the cheapest, most efficient policy change legislators can make to reduce emissions that cause climate change, new research suggests. The case study, published recently in the journal Current Sustainable/Renewable Energy Reports, analyzed the costs and effects that a variety of policy changes would have on reducing carbon dioxide emissions from electricity generation in Texas and found that adding a price, based on the cost of climate change, to carbon was the most effective…”

Can the Market Save the Planet? FedEx is the Latest Brand-Name Firm to Say It’s Trying. The Washington Post (paywall) has the story: “Amazon, Walmart, General Motors, and now FedEx. The giant delivery company joined more than 50 other major corporations when it announced this week that it too aims to be carbon-neutral by 2040 — an effort to curb climate change. Executives say that a gathering cultural change is fueled by companies responding not only to shareholders but also to the growing urgency of climate change and the concerns of their own employees and customers. On Wednesday, FedEx promised to be carbon-neutral by 2040, 10 years faster than the timeline laid out by the Paris climate accord. The company pledged an initial investment of $2 billion to start electrifying its massive fleet of more than 180,000 vehicles and $100 million for a new Yale Center for Natural Carbon Capture…”